In our collective effort to achieve health equity, both in the US and around the globe, contributing factors beyond access to healthcare providers can often have a larger influence on the health of a community.

In our fourth annual Quie and Peterson Global Health Lecture, our featured speakers highlighted the ways in which political determinants of health have a far greater impact on our ability to achieve health equity than we may realize, and how the long lasting impact of decisions made by our political leaders can influence the health of generations to come. We recorded the session on Monday, October 26, 2020 and it is now available on demand.

Professor Ilona Kickbusch, PhD, is a member of the Global Preparedness Monitoring Board (GPMB) established by the WHO and the World Bank. She is founding director and chair of the advisory group of the Global Health Centre at the Graduate Institute of International and Development Studies Geneva.

Kickbusch acts as Council Chair to the World Health Summit in Berlin. She has been involved in German G7 and G20 activities relating to global health and chaired the international advisory board for the development of the German global health strategy. She initiated the @wgh300 list of women leaders in global health. She is program chair of the leaders in health network SCIANA. She is co-chair of a Lancet FT Commission on “Governing health futures 2030: growing up in a digital world.”

She has had a distinguished career with the World Health Organization and was the director of the Global Health Division at Yale University School of Public Health and responsible for the first major Fulbright Program on global health.  She has published widely and received many prizes and recognitions including the Cross of the Order of Merit of the Federal Republic of Germany.

Daniel E. Dawes, J.D., a widely respected author, scholar, educator, and leader in the health equity, health reform, and mental health movements, is executive director of the Satcher Health Leadership Institute at Morehouse School of Medicine in Atlanta, Georgia and a professor of health law, policy and management. He is also the co-founder of the Health Equity Leadership and Exchange Network (HELEN), which is a nationwide network of over 2000 governmental and non-governmental leaders and scholars focused on bolstering leadership and the exchange of research, information, and solutions to advance evidence-based health equity-focused policies and programs.

Professor Dawes’s research focuses on the drivers of health inequities among under-resourced, vulnerable, and marginalized communities, most notably the political determinants of health. He brings a forward-thinking, inclusive, and multidisciplinary approach to health policy, authoring two groundbreaking books, 150 Years of ObamaCare and The Political Determinants of Health, published by Johns Hopkins University Press, which have received critical acclaim and rave reviews. With funding from the National Institutes of Health, the U.S. Department of Health and Human Services, Google.org, the CDC Foundation, Contakt World, Annie E. Casey Foundation, Environmental Defense Fund, and Gilead Sciences, Professor Dawes has led projects in the United States intended to address the disproportionate impact of health inequities on people of color, rural populations, people with disabilities, and other disparate populations. He is currently the principal investigator on three major projects intended to mitigate the impact of COVID-19 on vulnerable populations, including the establishment of a strategic network of national, state, territorial, tribal and local organizations in the United States known as the National COVID-19 Resiliency Network  and the development of a comprehensive data platform to track health inequities and their social and political determinants.

Dr. Laura Bloomberg is professor and dean of the Humphrey School of Public Affairs. In this role Bloomberg has led the global expansion of the School, established a national pathway program for college students underrepresented in public affairs programs, launched an Internationally-focused Master of Human Rights degree, developed the Mandela Washington Fellowship program to support young leaders from countries across Africa, and led the School's $20M  Leading Together fundraising campaign.  In 2019 Bloomberg was elected as a fellow to the National Academy of Public Administration (NAPA).

Bloomberg is a three time recipient of awards for graduate level teaching and advising. Bloomberg’s academic research focuses on community-based leadership, program evaluation, and elementary/secondary educational policy. She is co-editor of the award winning books: Public Value and Public Administration, and Creating Public Value in Practice: Advancing the Common Good in a Multi-Sector, Shared-Power, No-One-Wholly-in-Charge World.

Bloomberg is Board Chair of the nationwide Public Policy and International Affairs program (PPIA) to promote full participation of underrepresented groups in public service; and the 2020-21 President of the national Network of Schools of Public Policy, Affairs, and Administration (NASPAA), considered the global standard in public service education. Regionally she serves on the United Way board, and is past-chair of the board of Pillsbury United Communities.  Bloomberg holds a bachelor’s degree in special education, masters degrees in psychometrics and educational psychology from Cornell University, and a PhD in educational policy from the University of Minnesota.

Launched in 2017, our Quie & Peterson Global Health Lecture features renowned global health experts that speak to our world's health challenges. We welcome everyone from the global health community at the University of Minnesota to join us during the event.

The future is coming!  Are we prepared?  Six mega-trends and their implications for global health in the 21st century 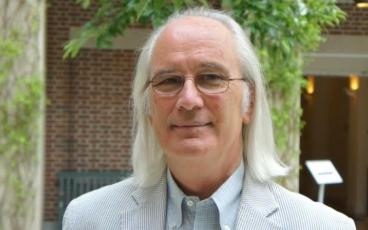 Dr. Dennis Carroll has over 30 years of leadership experience in global health and development.  Until recently he served as the Director of the U.S. Agency for International Development’s (USAID) Emerging Threats Division.  In this position Dr. Carroll was responsible for providing strategic and operational leadership for the Agency's programs addressing new and emerging disease threats.   He provided overall strategic leadership for the Agency’s response to the West Africa Ebola epidemic.

Dr. Carroll was initially detailed to USAID from the U.S. Centers for Disease Control and Prevention as a senior public health advisor in 1991.  In 1995 he was named the Agency's Senior Infectious Diseases advisor, responsible for overseeing the Agency's programs in malaria, tuberculosis, antimicrobial resistance, disease surveillance, as well as neglected and emerging infectious diseases.  In this capacity Dr. Carroll was directly involved in the development and introduction of a range of new technologies for disease prevention and control, including: community-based delivery of treatment of onchocerciasis, rapid diagnostics for malaria, new treatment therapies for drug resistant malaria, intermittent therapy for pregnant women and “long-lasting” insecticide treated bednets for prevention of malaria.  He was responsible for the initial design and development of the President’s Malaria Initiative (PMI).  Dr. Carroll officially left CDC and joined USAID in 2005 when he assumed responsibility for leading the USAID response to the spread of avian influenza.  Between 2009 - 2019 he oversaw the Agency’s Emerging Threats program spanning more than 30 countries across Africa and Asia.

Dr Carroll has a doctorate in biomedical research with a special focus in tropical infectious diseases from the University of Massachusetts at Amherst.  He was a Research Scientist at Cold Spring Harbor Laboratory where he studied the molecular mechanics of viral infection. 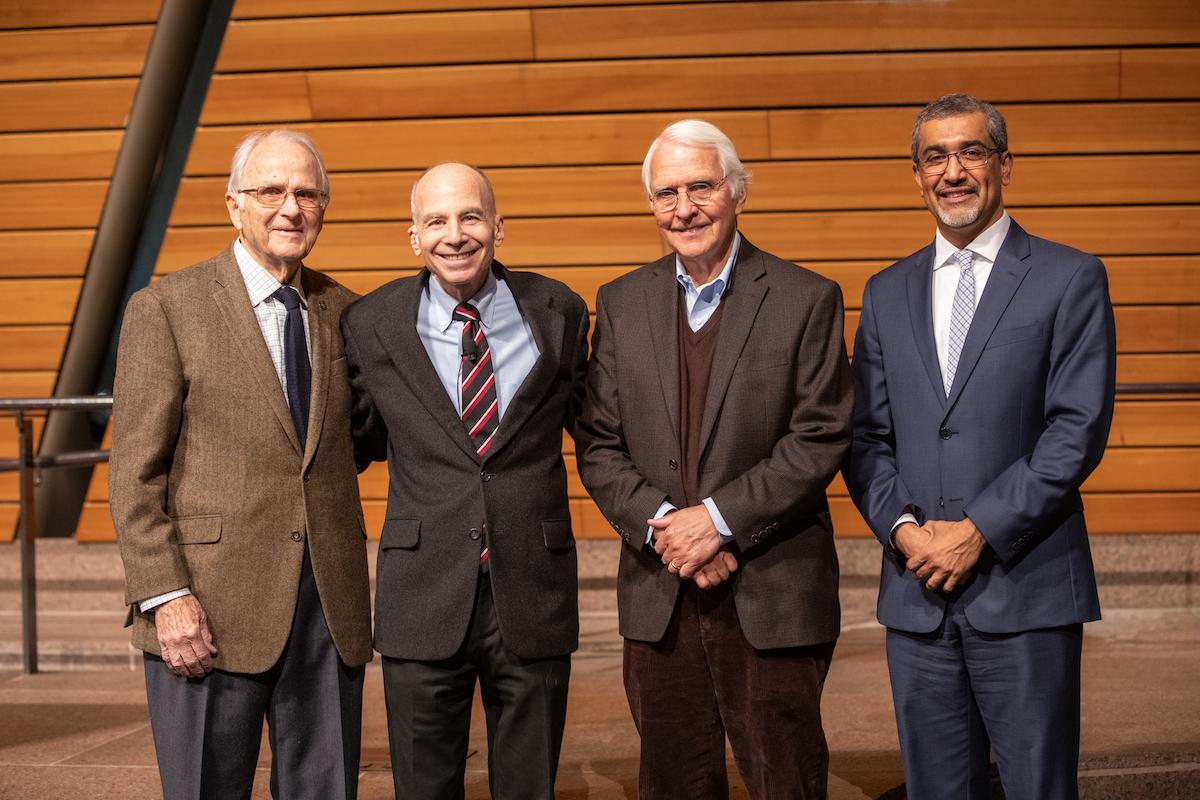 Confronting the Global Climate Crisis: Health Opportunity of the Century?

Keynote speaker Dr. Jonathan Patz, MD, M.P.H., is director of the Global Health Institute at the University of Wisconsin-Madison.

For 15 years, Dr. Patz served as a lead author for the United Nations Intergovernmental Panel on Climate Change (or IPCC), the organization that shared the 2007 Nobel Peace Prize with Al Gore. He also co-chaired the health expert panel of the U.S. National Assessment on Climate Change, a report mandated by the U.S. Congress.

Watch the short ceremony recognizing Drs. Paul Quie and Phillip Peterson for their contribution to global health education and research and the launching of the Quie and Peterson Global Health Lecture.

Watch the keynote speaker Jonathan Patz, Director of the Global Health Institute at the University of Wisconsin-Madison, delivered the presentation “Confronting the Global Climate Crisis: Health Opportunity of the Century?”. 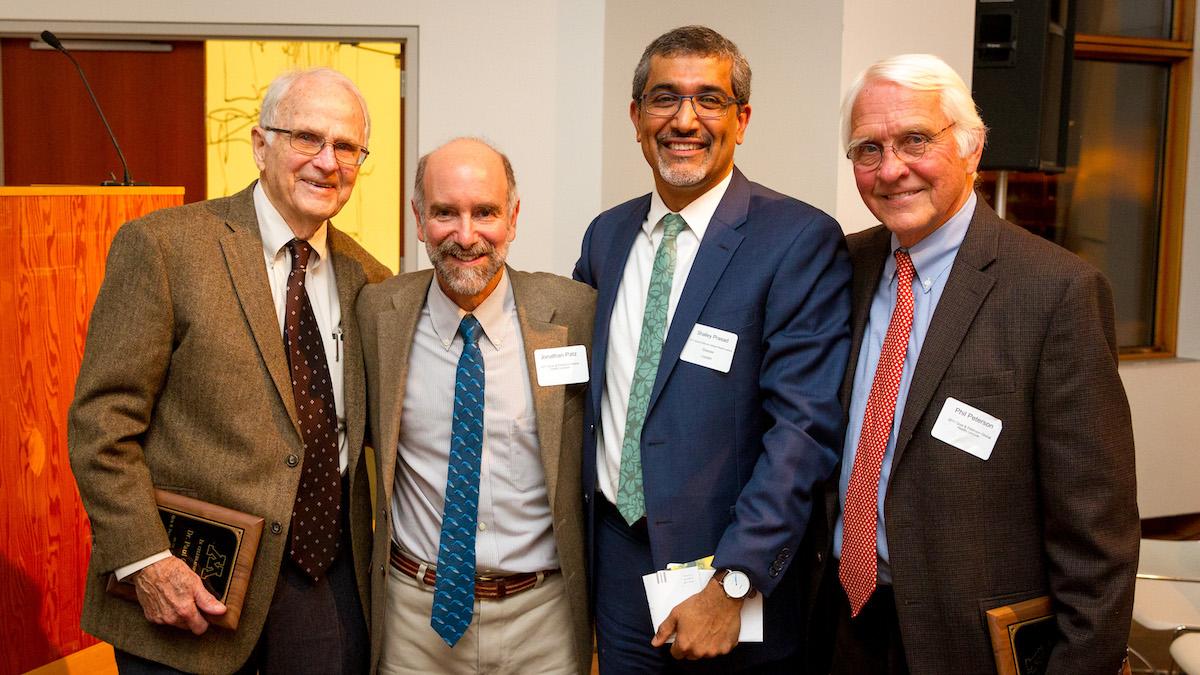 Drs. Paul Quie and Phillip Peterson served on the original steering committee that created the Center for Global Health and Social Responsibility, and Dr. Peterson served as our first Director.

They also served as founding co-directors of the International Medical Educational and Research program in the Medical School (now GMER) and have an established legacy in the globalization of health issues. As infectious disease research scientists, they have had an impact through their trainees well beyond the borders of the United States.

About Drs. Quie and Peterson

Dr. Peterson is Professor Emeritus of Medicine at the University of Minnesota Medical School, where he has been a faculty member for over four decades. In addition to teaching, he has served as the director of the Infectious Diseases and International Medicine Division at the University of Minnesota Medical Center and Hennepin County Medical Center. His research has focused on how our immune system defends us against infectious agents, but also gives rise to diseases associated with infections. Currently, he serves as a member of the Coordinating Committee of Health Professionals for a Healthy Climate, a Minnesota-based interprofessional organization that addresses the profound impacts of climate change on human health and the health of our planet.

To support this lecture and the continued legacy of Drs. Quie and Peterson, consider giving to the Paul Quie and Phil Peterson Global Health Fund.